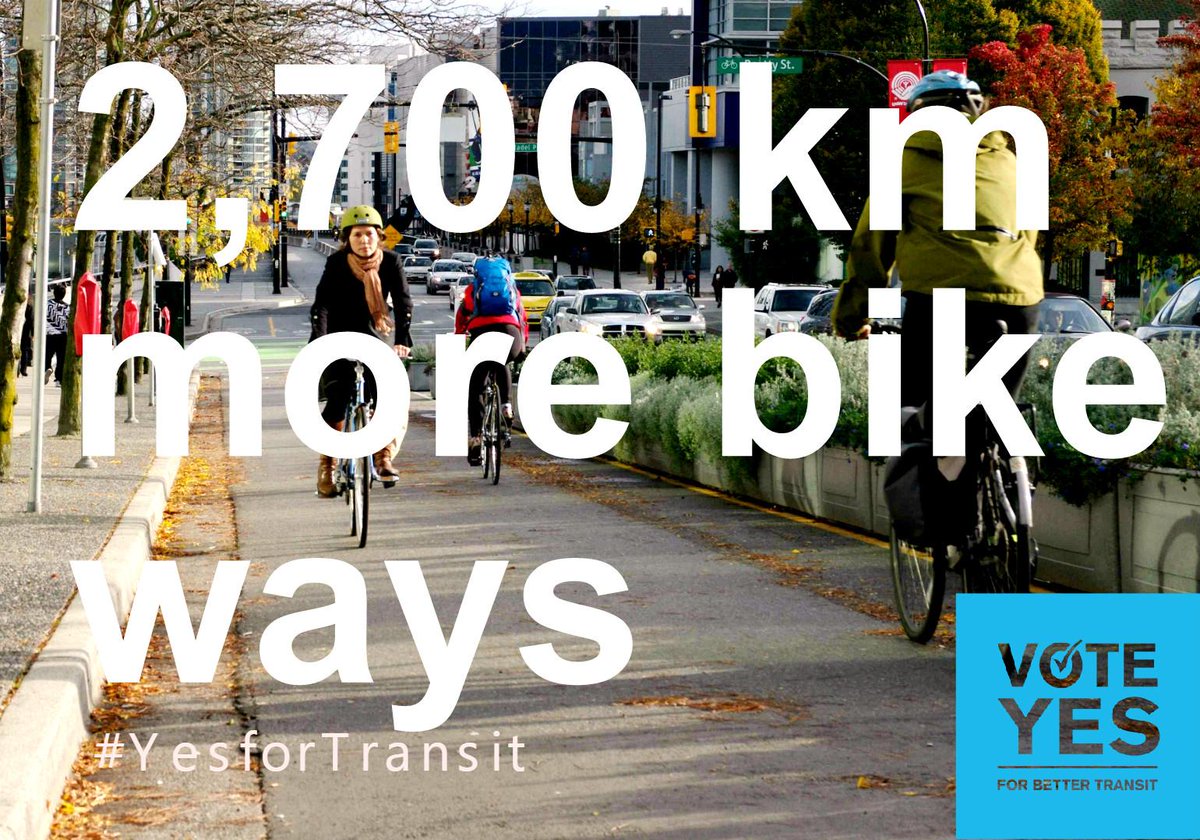 Imagine that within the next ten years, you, your family and friends can safely and comfortably cycle across the region to work, school, shopping and transit as well as for recreation and exercise. And, when you would rather take transit, there is a bus or a train nearby arriving within a few short minutes.

A Yes vote will bring:

We will also be using this opportunity to connect with people who support cycling improvements  in their communities and engage them in Provincial cycling issues including:

Your donation will enable us to reach out to people who support cycling, walking and transit through:

If you would like to provide on-going support for our advocacy efforts and programs, please consider making an on-going monthly donation.